On Muse by CLIO, A Day in the (Quarantine) Life of gnet Creative Director Charles Burrell

The stress, and the gift, of a chaotic time
By Charles Burrell of gnet

Herein I recount a singular day of our family’s quarantine life cobbled together from true anecdotes, because let’s be honest—time and space have lost all meaning. 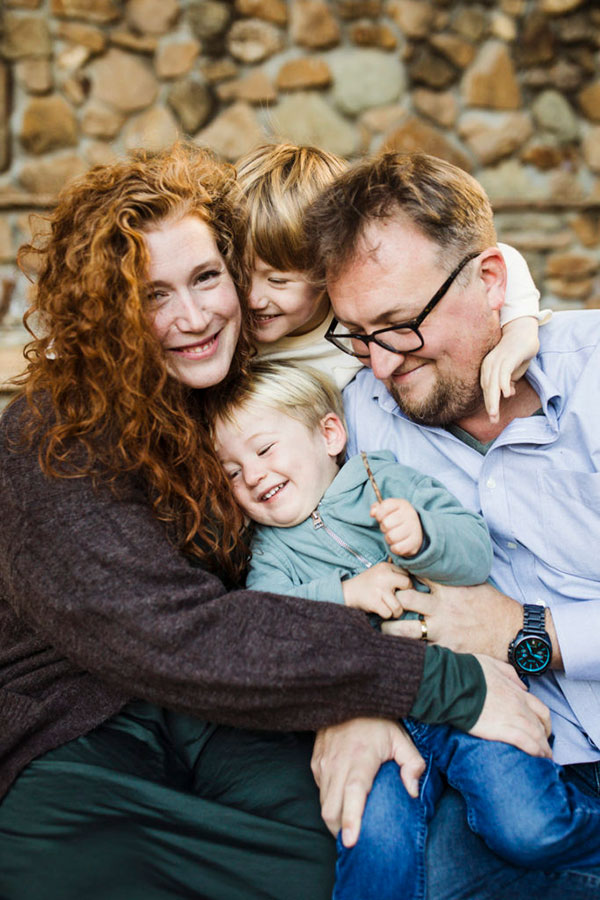 Midnight
After an evening of shooting cinematic setups and writing scripts for an upcoming large-scale AAA game trailer, I open my office window to let in the cool evening breeze. With the click of the mouse I set the footage to transcode overnight.

3:20 a.m.
I’m startled awake by the sound of our elderly dachshund mix beginning to throw up at the foot of our bed. I scoop her up and get her into the bathroom, where she unloads onto the tile floor. The dog had been eating the fertilizer out of our new raised vegetable beds the previous afternoon as we planted heirloom tomatoes. Did I mention we’re also farmers now? 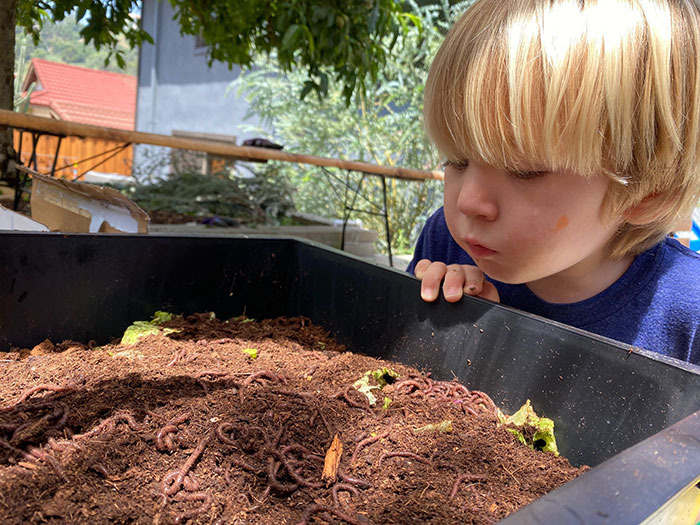 4:15 a.m.
Again I’m awakened, this time by the sound of our 2-year-old son’s door opening. In another context this would be soothing, but at this time of night it triggers dread. He surveys the dark room before lurching into bed between me and my wife.

My wife lacks the gene that allows her to fall back asleep at the drop of hat, so instead she wakes up and reads through a few script revisions and replies to emails from a production team in New Zealand.

6:45 a.m.
The dull thud of our 5-year-old dropping out of his bunk bed. He whispers “Daaaaaddddddy … It’ssssss waaaaaakeeeeee upppppp timmmmmeeeee …” A tinge of gleeful menace in his hissing. 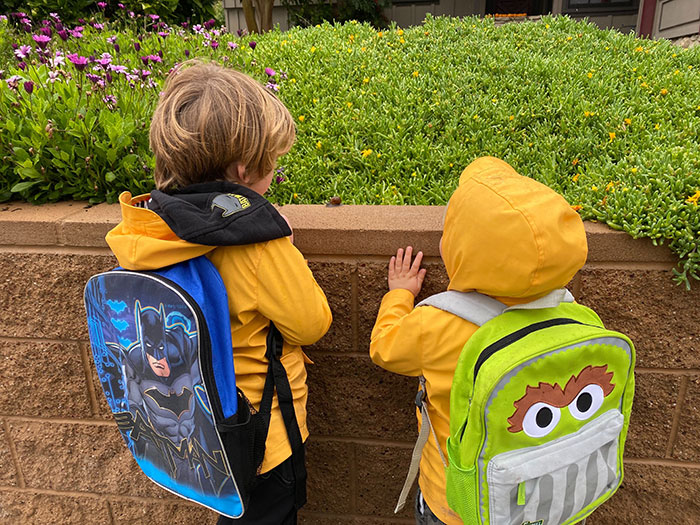 8:15 a.m.
The boys are playing nicely in the living room as my wife and I plan out our day. We compare our call schedules, horse trading for who can cover where, and for how long. Movie folks seem to start their days earlier thanks to years of pre-dawn crew calls. In the gaming industry, people hit their creative and productivity peak in the evening. This probably stems from childhoods spent sneaking into LAN parties or MMO raids long after the adults went to bed.

8:55 a.m.
We forgot about circle time with the kids’ pre-school! I frantically dress them at the kitchen island while my wife goes hunting for the iPad. We join four minutes late to see gallery view of beaming faces all talking over each other.

11:45 a.m.
The dreary rains of late March and early April have given way to near 90-degree sunshine here in L.A. I turn on the sprinklers and the kids run around naked on the front lawn while I prep their lunch. Suddenly, my wife texts me: Our 5-year-old has run around the back of the house, snuck into our office and burst in on her Zoom meeting—completely naked—and grabbed her around the neck to hug her. I dash downstairs and scoop him up. 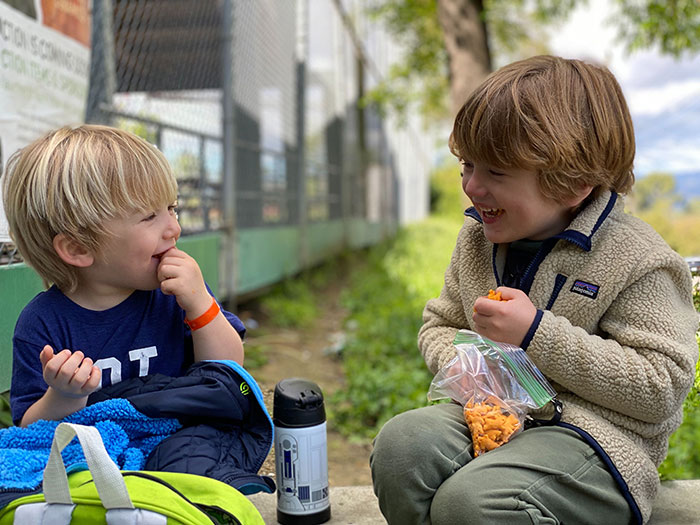 1:55 p.m.
My wife reminds me of her 2 p.m. meeting, and I need to tag her out. I set up the 2-year-old in his room with Legos and a story time podcast. I rub his back and sing “The Lion Sleeps Tonight” in a never-ending loop. Thirty minutes later he’s finally out. I crawl along the rug in his room and silently close the door.

2:30 p.m.
The 5-year-old doodles at the kitchen island while I have a call with one of our producers about coordinating equipment drop-off. He’s munching on a snack of apples and peanut butter when I hear an awful crunch. His lower lip pools with blood, and his front bottom baby teeth jut forward, before he yanks them out. Filled with pride and excitement about the much-ballyhooed Tooth Fairy, he barges in on my wife’s Zoom to tell her the good news. Given the momentous nature of the news, we let it slide and take a picture of his jack-o’-lantern grin. 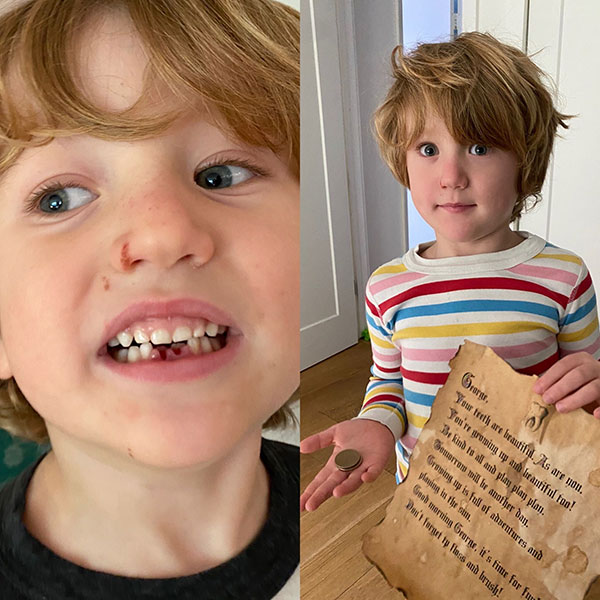 Regarding the Tooth Fairy, my wife remembers dollar coins we have from the MetroCard vending machines in NYC. He’s been obsessed with Robin Hood and knights lately, so she finds an old suede jewelry pouch and fills it with a few gold dollar coins and sets it aside for after bedtime.

3:45 p.m.
The little guy wakes from his nap. My wife has signed off for the day, which means only a half dozen or so incoming calls this afternoon. She joins us in the backyard and we hang out for a bit as I begin to shuffle anxiously. My wife looks at me and knows exactly what’s going on. “You need to go work, yeah?” I do indeed, but I procrastinate for a little bit, as it’s the first unhurried moment we’ve had today.

4 p.m.
Down in the office, I fire up the 100GB build update I started this morning. The dirty secret of video game marketing is that most games don’t work very well until the weeks approaching release. Making video game trailers is a constant game of resource trading where the ultimate goal is to, in the words of the old song, “accentuate the positive and eliminate the negative.” 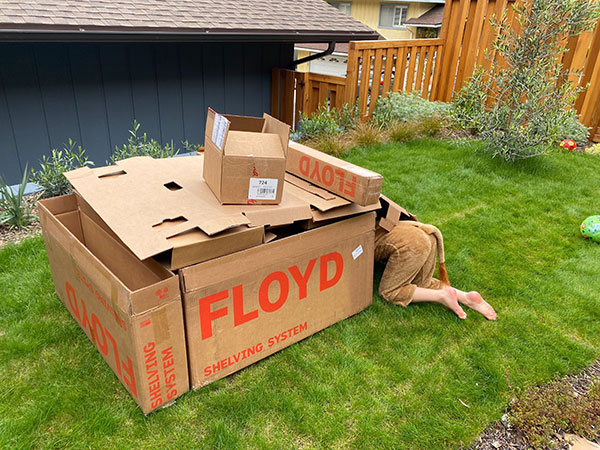 5 p.m.
I log into a video conference to review our latest round of edits. There’s something refreshingly egalitarian about WFH calls. Client seems happy with progress but wants another round of music exploration.

7 p.m.
The kids munch away on microwave popcorn as I call a couple of the other capture directors on my team. We’re strategizing all of the technological hurdles and previously never-considered ramifications of coordinating a large-scale multiplayer trailer with everyone working remotely. Normally one of these trailers would take eight to 10 weeks of a dozen or more people sitting in a large room, crafting cohesive narrative and legible cinematography and continuity, etc., all the while making a standalone piece of entertainment even non-gamers can watch.

Previously, I would direct from the front of the room, a large TV mirroring my screen. Everyone would be given a role, character, costume and props, and a mark and cue. We’d run the scenes over and over, making subtle tweaks until we started to feel good about an idea. At the end of a normal day, my throat would be dry and hoarse from giving constant direction in real-time.

Now, we’re trying to figure out how we’ll sync picture and audio and keep everyone on cue across video conferencing software. We loop producers and IT into the discussion. Fortunately, they have some promising solutions involving VPN and remote desktop implementation. 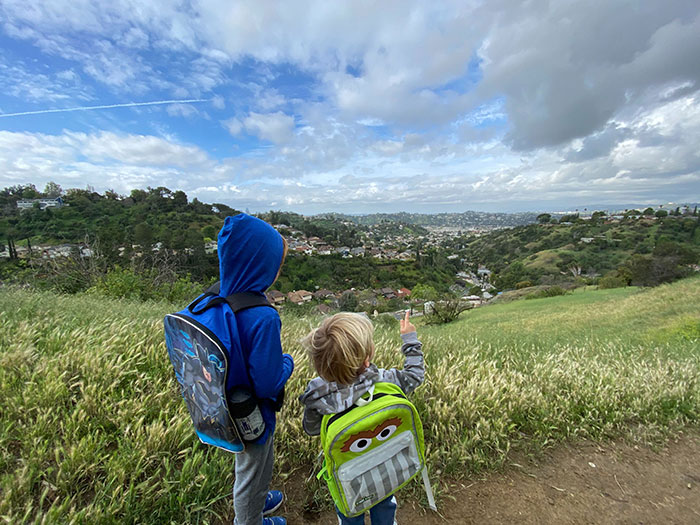 8 p.m.
Teeth are brushed, books are speed-read, and soon the kids are down. My wife and I have an hour of cleaning up the kitchen, swapping laundry and catching up before she heads up to watch edit changes to one of her episodes. I head down to the office for a few more hours to finish things up and set up another overnight transcode.

10 p.m.
As she’s watching cuts upstairs, my wife writes a poem from the Tooth Fairy, which I print out in a fairy tale font. Reaching back to my days of film school production design, I use some leftover instant coffee to stain the paper to appear like old parchment. I slip the coin purse under his pillow and tack the letter on the wall above his bed. He’ll be thrilled.

Midnight
I fall into bed, exhausted from the whiplash of the day. In trying to reconcile the chaos, I think about how my work, and its consumers, exist in a formless, digital space. For the first time in my life, it has crashed into contrast with the very real, tactile world of puking dogs and bloody mouths that is my family life. I don’t know if this is the new normal, and I don’t understand what it means for the future, but I am very thankful for the shower I was able to take today.

We’re beyond thankful to both be in industries that have seen an increased demand for content in these uncertain times, a fact that my wife reminded me of just moments ago as I grumbled about how to finish writing this. As a family, we must be a grounding force for one another, providing perspective and appreciation for what we have in these unusual times.

After all, we’re trying not to raise assholes. 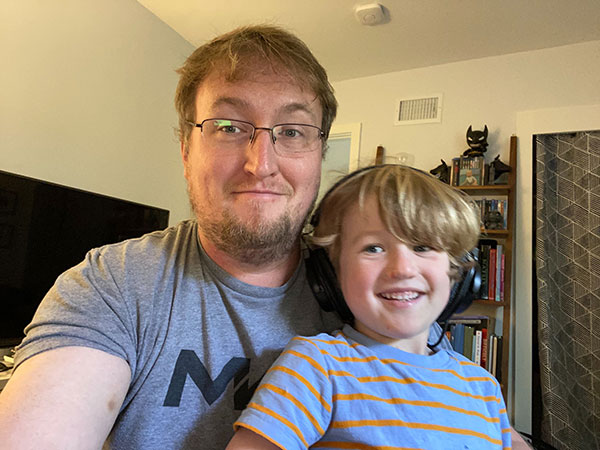