But don’t look for it in your local restaurant 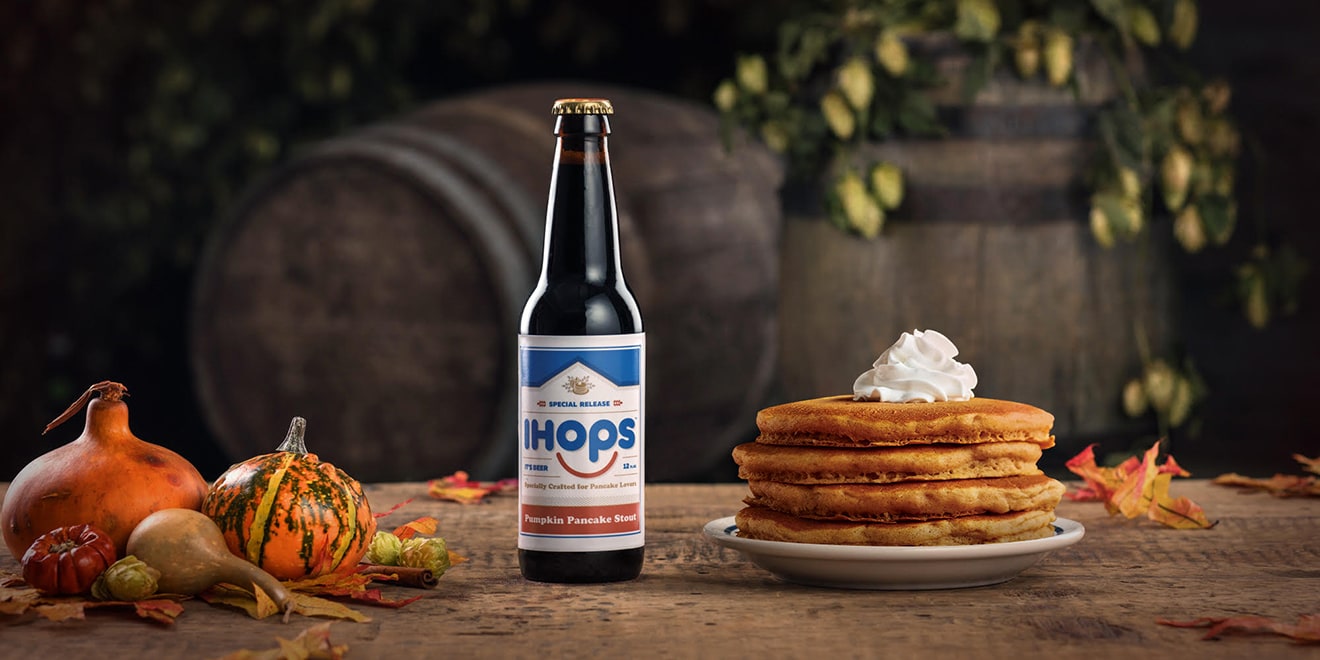 The IHOPS brew will be available at events and a few pubs in the New York area for a limited time.

Let’s take a quick look at IHOP’s year so far. It changed the name to IHOb(temporarily) to promote its burgers, and panic ensued. However, by all accounts, it worked pretty well—or not, depending on who you talk to. Then, it was back to pancakes.

Now? IHOP is getting into the beer business—albeit, like its renaming stunt, for a short time.

Working with New York-based Keegan Ales, IHOPS Pumpkin Pancake Stout (honestly, it was only a matter of time before this would happen) is a fall-inspired craft beer that brings together pumpkin, seasonal spices and … pancakes.

Yes, this stout is made with IHOP’s buttermilk pancake batter. The limited-run beer is in celebration of the restaurant’s Pumpkin Spice Pancakes, which are available until Oct. 28 nationwide.

Sadly for most of those who do find this idea tantalizing, the pancake beer won’t be sold in IHOP restaurants, and will only be available at a few New York-area events and tap houses.

While Starbucks has built a cult following with its pumpkin spice latte (ubiquitously known as PSL) and other brewers have created unique flavors, like 10 Barrell’s Blockbuster Ale celebrating the country’s last Blockbuster rental location still standing, this likely veers into “huh?” territory. Then again, who are we to judge when brewers around the world have experimented with beers made from an entire pizza, coconut curry and even Rocky Mountain Oysters?

Droga5 was again behind the stunt and creative assets, and IHOP CMO Brad Haley says the agency “suggested that those same ingredients that make our fall pancakes so delicious would also make a great-tasting beer, and we wholeheartedly agreed.”

“We’re excited to partner with IHOP on this first-of-its-kind brew and bring fans a unique craft beer that blends the deep, roasted flavors of our stout with hints of pumpkin, vanilla and IHOP’s iconic pancake batter,” added Tommy Keegan, founder of Keegan Ales.

IHOPS makes its debut on Sept. 29 at the Bacon and Beer Classic in Flushing, New York, and will make other festival appearances around the greater New York City area. You can find a full set of tasting locations on the IHOPS site.

Who knows? But in the meantime, enjoy a pint of pancakes.