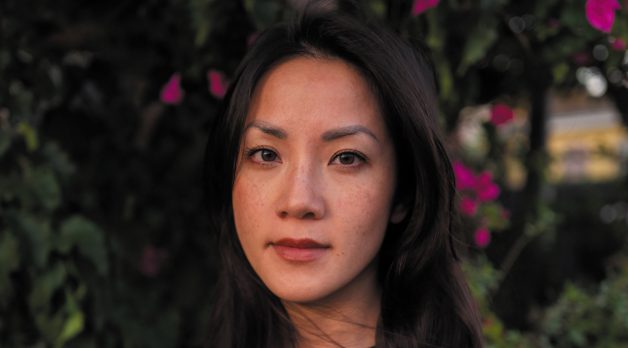 I learned early on in my filmmaking career that I needed to own my personal content and stories, working with partners aligned with sharing the same narratives. That career, by the way, started just five years ago, following a highly nonlinear trajectory of working in corporate commercial real estate and making dog hoodies before owning a creperie. The experience helped me build my business acumen and gave me the windfall to explore filmmaking with my own finances when it came time, which lent me freedom few filmmakers experience.

It became clear this boon helped me avoid the red tape many AAPI creators face in Hollywood. While there has been a shift in the kinds of content made today and plenty of milestones achieved in media representation, I still question the motives and unconscious biases of many decision-makers.

I chose to create my own work because I didn’t see the types of Asians I grew up around represented on screen. I wanted to explore another layer of what it means to be Asian-American. As well, my filmmaking peers faced too many questions and instances of needing to explain to producers why our Asian stories need to appeal to “target audiences,” when sadly the “target audience” structure still heavily leans on white, heteronormative viewers. I’m sure they don’t intend the dog whistle. They’re businesspeople and likely assume (white or Western) audiences “won’t understand” Asian stories. I don’t think that’s true. Picture me, raised not on AAPI stories by other Asian creators, but on white-centric Western ‘90s content. I understood Western content just fine, despite not growing up around their cultural touchstones. Why couldn’t Western audiences do the same?

Hollywood gatekeeping by its original power players–white straight men–harkens back to the industry’s first films. Based on the 3-5 act play, a film’s own bones limit the potential for boundless creativity if another perspective dares pitch a film outside its format. Inspirational filmmakers like Tsai Ming-Liang, Bela Tarr and Apichatpong Weerasethakul all break this mold with their creations. Whereas Hollywood, aka the exhausted Eurocentric cinema, mistakes archetypes like the 3-5 act structure, a plot hook within X number of minutes, an inciting incident, or a turning point, as required components to the formula of the “right” or “successful” movie. These factors limit the intelligence of the audience as if they wouldn’t be able to follow or engage with anything different. This limiting viewpoint already restricts what filmmakers can explore. If we have to filter our perspective through the manufactured “tried and true” film structure (created by the dominant demographic), we’re diluting our films in a way. They become less ours and more “digestible to the masses.” I don’t think we need to do that–to constantly assimilate and self-annihilate our works to help them understand us. Besides: if something isn’t understood, why is that such a bad thing? This should be seen as an opportunity to learn something new. Wouldn’t that be exciting?

AAPI creators, in this instance and others, feel pressure to modify our perspectives to suit the Western palate. Sadly, beyond the boardroom of a major studio, Asian filmmakers often do this to themselves ahead of time. I’m concepting a show that I began pitching to studios as an “East vs. West” style plot: the Southeastern Asian cultural landscape versus the white Western archetype. But the show isn’t even about that; it’s a mother-daughter story. Why did I focus on the East vs. West element? I realized I held a subconscious bias that the story had to deal with whiteness, or include whiteness, to appeal to my mostly Western audience. When I realized it was enough to simply have a mother-daughter story, it made me question how many other Asian people lock themselves into narratives packaged with stereotypes.

Now with shows like Squid Game and films like Everything, Everywhere All At Once and Parasite making headlines, Hollywood is finally catching on to the truth we all knew: AAPI narratives and filmmaking styles can be attractive to the “target audiences” they espouse. But the Hollywood structure and limiting viewpoint of cinema still need massive adjustments to properly accept narratives of all shades, allowing more diverse content to grace our screens. As a start, executives require a solid understanding of how all films are made, on a global scale. So-called Third Cinema films uplift unsung communities with stories on social and political movements that often fall beyond the scope of Hollywood’s purview. Streaming platforms can’t be one’s sole form of research or audience-interest temperature check. If the film industry expands its understanding of how films can be structured, let alone how many global stories are left on the cutting room floor, they can begin the work to support all creators in propagating enlightening stories they know to be true.