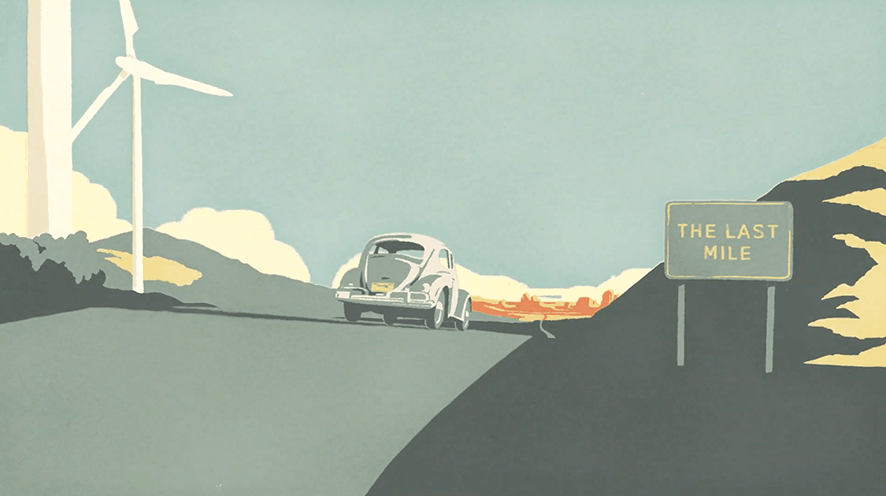 Volkswagen is paying tribute to the Beetle in an emotional film.
Volkswagen/YouTube

With just hours left until the new year, Volkswagen is saying one last goodbye to its classic car via an elaborate send-off in Times Square.

Created by Johannes Leonardo, the animated film “The Last Mile” will run on three screens in New York’s epicenter during New Year’s Eve festivities. Additionally, it will air on NBC, CNN and ABC, as well as during the Rose Bowl, Sugar Bowl and NHL Classic on New Year’s Day.

In July, Volkswagen officially halted production of its iconic Beetle, marking the end of an era for a car best known for its unusual shape, groundbreaking advertising and association with 1960s counterculture.

The 90-second version of “The Last Mile” pays homage to the Beetle through the perspective of a man who grew up with the automobile. After his teenage self learns to drive in one, it’s not long before he takes his very own Beetle to Woodstock, then ultimately to his home where he and his wife raise their daughter. Directed by Fx Goby and animated by Nexus Studios, the ad is set to a version of The Beatles’ “Let It Be” sung by the Pro Music Youth Chorus.

The video is also peppered with references to pop culture, signifying the many ways the Beetle became famous in its own right during its 70-year-run in the U.S. Watch closely enough and you’ll see Kevin Bacon, who drove a yellow Beetle as Ren McCormack in the film Footloose. Andy Warhol, who famously turned the Beetle into artwork, is also seen snapping a quick photo of the car as it drives by.

“From the beginning we’ve set out to break convention with our work on Volkswagen,” said Leo Premutico, co-founder and chief creative officer of Johannes Leonardo, which won the account earlier this year. “So what better way to send off the Beetle than to create an advertising campaign for a car VW is no longer selling? We felt any product that’s played such a big role in our culture, across multiple generations, shouldn’t go quietly.”

Premutico said the campaign also sets the stage for “the next era for the brand” as it recovers from its emissions scandal and makes a push into renewable energy, the latter of which is subtly referenced in the ad during a scene featuring windmills. The spot concludes with a tease of the ID.4, one of Volkswagen’s electric cars.

“The automotive industry is going through a renewal with the advent of electric mobility,” he said. “New Years Eve, especially one in which signals the end of one decade and the beginning of another, was the perfect moment for this message. It’s a very natural moment for both reflection and looking ahead.”

In addition to the spot, Volkswagen is running a social campaign that features Beetle enthusiasts sharing their favorite memories of the car with the hashtag #TheLastMile. Andy Cohen kicked off the social push on Instagram posing with his dog and a light blue Beetle. 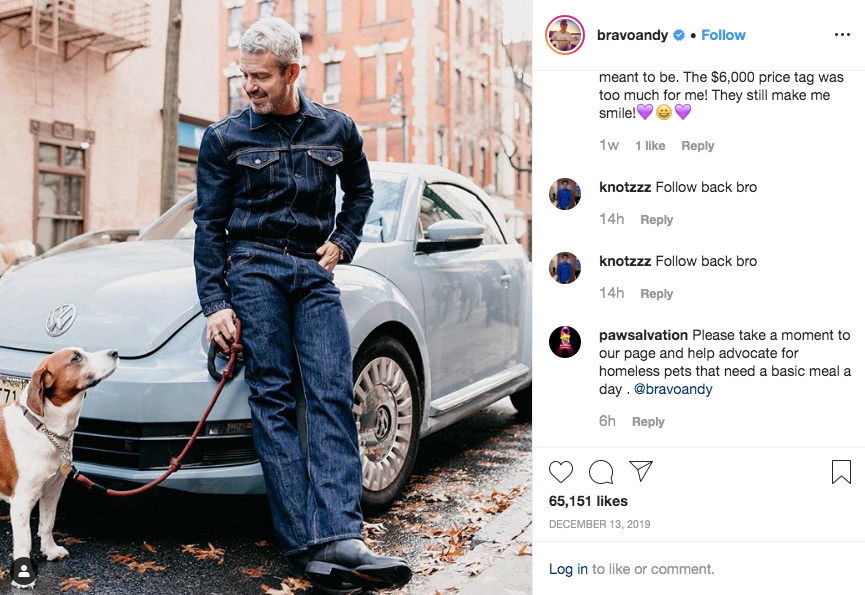 “The Last Mile” isn’t the only tribute that Volkswagen has given the Beetle this year. Earlier this month, DDB New Zealand bid adieu to the “world’s most recognizable car” by featuring only its outline in advertisements.

In September, the German automaker celebrated the 50th anniversary of The Beatles’ “Abbey Road” by removing the band members from the album’s famous cover to draw attention to the white Beetle parked in the background (except in the new version, the car is legally parked instead of on the sidewalk, as the tribute doubles as an ad for Volkswagen’s Park Assist technology).