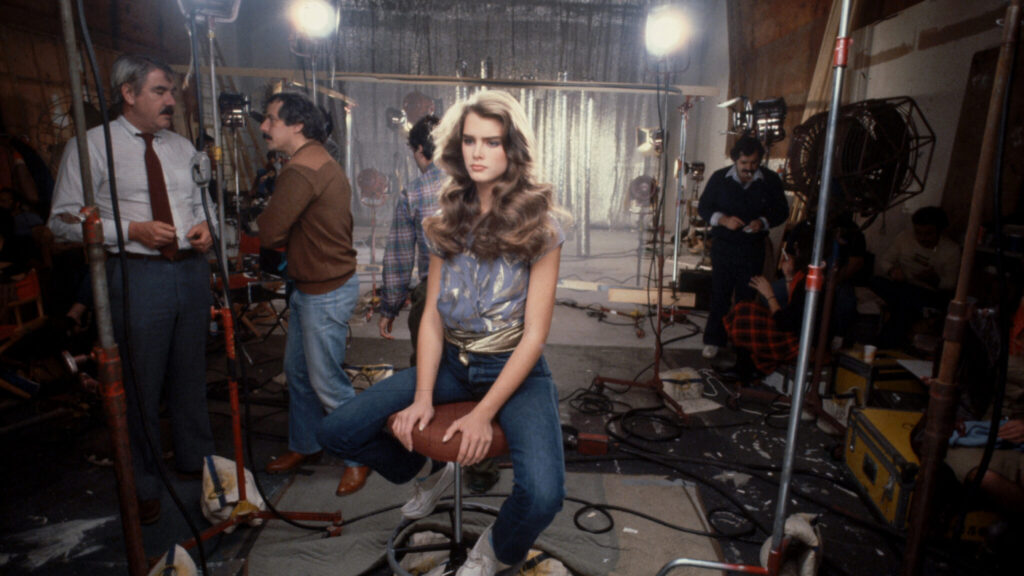 Brooke Shields reveals that she was the victim of a sexual assault in a new documentary about her life that premiered Friday afternoon (1/20) at the Sundance Film Festival. She doesn’t name the man who she said raped her, but she described the circumstances: It took place soon after she graduated college with someone she knew professionally and had met for dinner to discuss work. The assault happened when she went to his hotel room to call a cab.

“I didn’t fight that much. I just absolutely froze,” she says in the film. “I thought my one ‘no’ should have been enough.” Later, when she told her friend, security specialist Gavin de Becker, about what happened, he said, “That’s rape.” At the time she wasn’t ready to believe it.

It is just one of many revelations in “Pretty Baby: Brooke Shields,” a nuanced look at Shields’ life up until now including her rise to fame, her complicated relationship with her mother Teri Shields, who was an alcoholic, and how the media, from the entertainment industry to the journalists interviewing her, commodified her sexualization at a young age while shaming her at the same time. The film will be on Hulu later this year.

Directed by Lana Wilson, the documentary takes its name from Louis Malle’s 1978 film “Pretty Baby,” a drama about a young sex worker, played by an 11-year-old Shields, in New Orleans in 1917. In the film, written by Polly Platt, she kisses 29-year-old Keith Carradine and also appears nude.

It wasn’t the first, nor would it be the last time she was sexualized by the media. At 15 she shot “Blue Lagoon,” then came “Endless Love.” Both had sex and nudity. And then there were those Calvin Klein denim ads. When she was 16 and a global star, a family friend and photographer tried to sell nude photos he took of her when she was only 9. Her mother sued. They went to court. The photographer won.

Shields, who has written two memoirs, has been approached about documentaries before and always said no. But now 57, with a kid going off to college, the encouragement of her friend Ali Wentworth and a generally good feeling about where she is in life after years of therapy, Shields felt the time was right.

As Wilson said, “She was ready to go there,” including speaking about her time at Princeton, her friendship with Michael Jackson, her turbulent relationship with Andre Agassi, and the time her old “Endless Love” co-star Tom Cruise went on a publicity tour to criticize her use of antidepressants for post-partum depression. He’d later apologize.

Wilson was fresh off the Taylor Swift documentary ” Miss Americana ” when she got a call from her agent asking if she wanted to meet Shields about the potential project.

“I wasn’t certain at first because I had just come off another project about a celebrity,” Wilson said. “But I was curious at the same time.”

After the meeting, Shields handed her a hard drive. It was an archive of clips and interviews she’d done over decades that her mother had assembled. There was over 1,000 hours of material, organized by year. Wilson started opening up random files: There’s Shields at the Reagan White House, there she is dancing with 12 poodles on “Circus of the Stars,” or in a prairie dress singing about loving men. Then she got to the “Pretty Baby” press tour.

“She’s sitting there with a series of male talk show hosts being complimented on her beauty and her body and her sensuality, but at the same time being criticized for being an exhibitionist, for going too far, for appearing in what some said was child pornography,” Wilson said. “I started to think about Brooke at age 12 in that situation and about how all girls start to form their own identity. How can you form your identity in a society that defines you exclusively by your status as a sexual object? It’s something a lot of women and girls navigate privately and Brooke was having to do it in public.”

The Associated Press does not typically name victims of sexual assault, unless they come forward publicly.

It’s a story that is neither new in Hollywood, nor is it ancient history. Wilson pointed to Shirley Temple, Jodie Foster, Penelope Cruz, Natalie Portman and Kirsten Dunst as some of the many examples of actors who were sexualized to various degrees in early roles.

One of Shields’ biggest concerns in starting the project was that her late mother would be vilified all over again. But Wilson saw something new in looking back, something she thought was worth exploring.

“I’m very lucky she was game for it,” Wilson said.

“Pretty Baby,” she said, is not comprehensive by any means. There are things in the memoirs that aren’t in the film. But there is a cultural context that she helps craft in the film that is not in the memoirs. And, the throughline is Brooke’s journey to gaining agency, over her mind, her career, her identity.

Choosing to speak about the sexual assault and is just one part of that.

“She is so honest and candid about how hard she was on herself, about the experience, how she blamed herself in so many ways that I think are heartbreaking to hear, but also very relatable,” Wilson said. “It’s something she’s grappled with for a long time and is grappling with still. Getting a window into that experience that isn’t neatly resolved is powerful.”